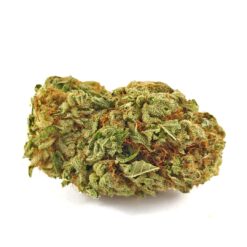 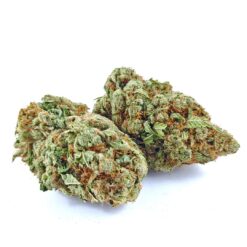 Violator Kush pricing is as follows:

Violator Kush is an Indica dominant hybrid known for having a THC count as high as 22 percent and sometimes have a  CBD count of up to one and a half percent. The tastes of spice, Kush and pepper deliver a potent Indica high that often leads to true couch-lock. Users report feeling a lazy body buzz coming on as early as the first hit that is accompanied by euphoria. This strain is also a very social strain causing many users to feel more talkative. As with any medicine this strain does carry some negative side effects, such as dry mouth and eyes, anxiety, dizziness and occasionally paranoia.

Due to the heaviness this strain can impart upon users’ eyelids this strain is recommended for use at night and is often used by those just looking to get a night’s reprieve from insomnia. The strong, almost narcotic, body buzz  may also be useful to those suffering chronic aches and pains. Violator Kush may also help alleviate the pressures of stress and anxiety upon the mind. It is also used to help with digestive issues, like nausea, and induce appetite.

Violator Kush is a cross between Malana and Hindu Kush that was designed by the guys at Barney’s Farm. It is a heavy yielding strain which flowers for around eight weeks. The strain can be grown indoors or out and can reportedly produce up to four pounds per square yard if grown properly using the Screen of Green technique.

Newguy
Rated 4 out of 5
Very solid strain. Exceptionally light, fluffy buds, but with a great earthy nose, and an A-1 kick.
Dkch420
Rated 5 out of 5
Now I might be a bit bias on this strain because it is one of my favorites! Nice head, classic Hindu Kush taste, gassy, nice dense buds and really relaxing high and if you over indulge then you ass is not leaving the couch.