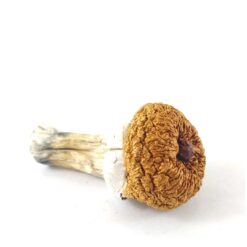 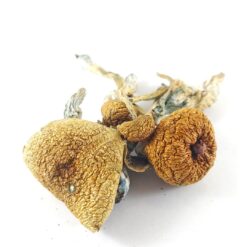 Penis Envy pricing is as follows:

You might be asking yourself – “What is the Penis Envy Cubensis; what’s with the weird name?” The truth of the matter is simple. This psychedelic mushroom has the shape of a penis, no two ways about that. What you might not know is that this mushroom is among the most powerful ones in the world, in terms of its psychotropic potential. The word around town goes that the Penis Envy Cubensis was engineered by Terence McKenna, from the Psychonauts.

It has a thick and bulbous shaft, with a fleshy cap and a stalk that keeps on increasing in size, despite the opened cap. This mushroom is very dense, something very rarely seen in other Cubensis strains. This is a difficult mushroom to grow. While the spores look the same if you analyze them under the microscope, the production method is entirely different from other strains. Essentially, you can’t make any spore prints, and the only way to get your hands on Penis Envy Cubensis spores is through spore syringes.

The Penis Envy Cubensis Canada is a powerful psilocybin-based mushroom. The active compound is called psilocybin, evidently, and it affects your body in more ways than one. Essentially, you’ll be going through a mystical experience that varies from person to person. The size of the dose ingested will dictate the type of experience you’ll have.

For instance, a single gram of Penis Envy Cubensis causes potent effects that could be equal to two or three grams of weaker mushrooms. For this reason, we recommend starting with a lower dose, especially if you’re a beginner. The consciousness-altering effects of a psilocybin mushroom can be overwhelming and spooky for someone with little experience.

Some of the possible effects that can be felt from consuming larger doses of this mushroom are:

Time dilation perceptions
Hallucinations
Synesthesia (hearing colours and seeing sounds)
Fractal surfing
Uncontrollable bouts of imaginary events and phenomena taking over your mind
Witnessing cosmic entities
If there was one adjective to describe a trip with Penis Envy Cubensis, it would be wholesome. It’s unlikely to cause you to become sleepy or tired. On the contrary – you’ll likely feel energetic, euphoric, and intrigued by the so many visual and auditory perceptions you’re receiving from the trip

There’s a good reason why the Penis Envy Cubensis is considered among the most powerful mushrooms in the world. The psychotropic effects are one of a kind because of the heightened potency. The physiological explanation for this simple – this mushroom has a much slower growth rate than other mushrooms. This allows for an increased psilocybin production from the spore stage to its adult stage.

Penis Envy Cubensis brings to bear a higher psychoactive potential than the vast majority of mushrooms. For this reason, you should carefully select the circumstances and moments when you use this mushroom. In larger doses, it will most certainly alter your consciousness, provoke hallucinations, and instill time-altering perceptions. The fractal visual stimuli will also temporarily impair your decision-making processes and overall awareness.

Things you should know before using Penis Envy

This Penis Envy review would be incomplete without practical advice regarding the proper pre-consumption preparations. First and foremost, you should always have someone watch over you if this is your first experience with psychedelic mushrooms. Likewise, if you’re planning on ingesting a larger dose, have someone be your trip sitter so that nothing bad happens during the psychedelic session. If there’s an emergency, the sober trip sitter will be able to provide immediate assistance.

Vitamin C, food, and water are known psychedelic suppressants if you’ve consumed too large a quantity of Daddy Long Leg. However, you should consult a professional when it comes to creating your own doses. Alternatively, you can experiment on your own and slowly build up until you reach the ideal dosage for you.

4.8
Rated 4.80 out of 5
Based on 5 reviews
Powered by Customer Reviews plugin

Islander24
Rated 4 out of 5
Nice euphoric experience. Some patterns and colour changes! Not as potent as I thought it would be given description.
Mel Nolan
Rated 5 out of 5
Best price I've seen for PE.
biscuit
Rated 5 out of 5
I tried 2 stems just to test it out It had a euphoric event. Then I had 5 stems, & 3 caps. I saw my wall become bricks of tofu. My wall expanding upon itself. My ceiling was tearing apart, shadows dancing. The floor seemed to ripple like water. I had a feeling I could dive into it. I was very smiley. I was very comfortable. No stomach issues. I was smoking a couple joints. It was a good experience. I would try again.
Melanie Philip
Rated 5 out of 5
⭐⭐⭐⭐⭐
Dan Archer
Rated 5 out of 5
I ate about two grams of Penis Envy mushrooms at 2100 hrs on Friday, April 9. There were no digestive problems to report. However, I smoked about .5 grams of cannabis at 2200 hrs to make sure their wouldn't be any stomach issues. At 2218 hrs, I started having spacey, colourful visuals. Penis envy mushrooms eaten raw (Um ... interesting name) have a peanut taste with less of the bitterness aftertastes found in other Cubensis species. Two grams and then ... spiralling shapes, exterior and interior colour changes, changes in normal perceptions on time ... you know what I mean. I like these shroomies.