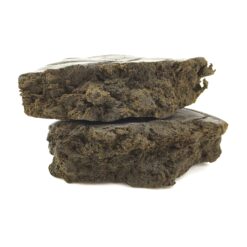 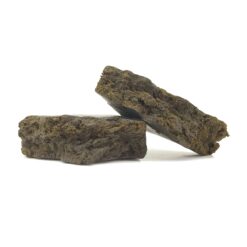 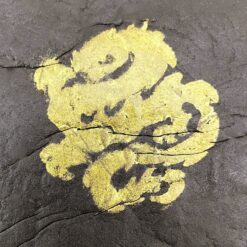 The plants which are used for Hash production are very small and bushy Indicas. In Afghanistan Hashish is pressed by hand after the addition of a small quantity of tea or water. The Hashish is worked on until it becomes highly elastic and has a strong aromatic smell.

Afghan Hash pricing is as follows:

Afghan Hash (Gold seal) Hashish is produced practically everywhere in and around Afghanistan. The best kinds of Hash originate from the Northern provinces between Hindu Kush and the Russian border (Balkh, Mazar-i-Sharif).

Afghanistan Hashish is pressed by hand under addition of a small quantity of tea or water. You should see how passionate the producers are. No shortcuts and no laziness. Decades of tradition are poured into making this.

The Hashish is worked on until it becomes highly elastic and has a strong aromatic smell.  Black on the outside, dark greenish or brown inside – it kind of looks like a delicious chocolate bar!

The smell is incredibly spicy, but also very sweet.

The effects are almost narcotic and produces a very physical and stony high. It’s absolutely incredible to add some to a joint or smoke a bit in the pipe.

It’s easy to underestimate the THC potency of Afghani since the high takes about 5 minutes to reach its full potential, so again, PLEASE use caution when smoking and don’t smoke too much! Afghani is a heavy indica strain named after its geographic origin, where the earliest varieties of cannabis are believed to have grown. Breeders worldwide have come to treasure Afghani for its heavy resin production which is passed on genetically. With a sweet, earthy aroma, Afghani delivers a deep, sedating relaxation and euphoria. Patients most commonly turn to this potent indica to treat insomnia, pain, and stress disorders.

3.5
Rated 3.50 out of 5
Based on 2 reviews
Powered by Customer Reviews plugin

Pedalninja
Rated 3 out of 5
Very crumbly and dry for what should be a softer, more malleable hash, not your usual gold seal, not the best flavor either, smokeable, brews up a nice joint, but the again the flavor just doesn't hit the mark for me, i'm glad i just bought a gram to test, the moroccan blond however is delicious!
Scameron
Rated 4 out of 5
Very nice treat to the occasional doobie 👌