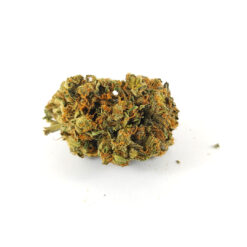 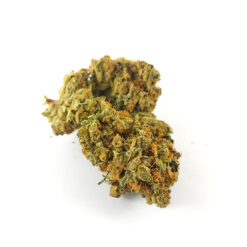 White Death pricing is as follows:

White Widow x Death Bubba: Among the most famous strains worldwide is White Widow, a balanced hybrid first bred in the Netherlands by Green House Seeds. A cross between a Brazilian sativa landrace and a resin-heavy South Indian indica,  White Widow has blessed every Dutch coffee shop menu since its birth in the 1990s. Its buds are white with crystal resin, warning you of the potent effects to come. A powerful burst of euphoria and energy breaks through immediately, stimulating both conversation and creativity. White Widow’s genetics have given rise to many other legends like White Russian, White Rhino, and Blue Widow. Still, many growers prefer cultivation of the original White Widow, which flowers in about 60 days indoors.

Death Bubba is an indica dominant hybrid (70% indica/30% sativa) strain created as a descendant of the hugely popular Bubba Kush strain. This dank bud boasts an insanely high THC level that ranges between 25-28% and effects that can end in an almost death-like sleep.

Islander24
Rated 5 out of 5
Great smoke. This is the definition of an indica - it slows everything down. This will give you the munchies!!! A great deal again by GG.
PaulaBxo
Rated 4 out of 5
I got a pretty good high! It was smooth and smelled/tasted good. I only gave 4 stars because it was a little sticky and hard to break up in my grinder, but it still burnt fairly well!